By: Danette Breitenbach
With a steep increase from 4,510 to 125,912, the hero of the Audit Bureau of Circulations (ABC) of South Africa Q1 2022 is digital magazines.
Contributing to the jump in digital magazine distribution are a number of titles that have changed sectors, including The Fire Protection, Supermarket & Retailer, SA Real Estate Investor, Civil Engineering, Rooi Vleis / Redmeat, and Wool Farmer / Wolboer, all of which changed sector from Business Print & Digital to Business Digital only.

In the rest of the categories, Free magazines are stable with a slight increase of 907 copies from Q4 2021, while Consumer, Custom and Business-to-Business magazines also remained relatively stable compared to Q1 2021.

“Whether this category can match 2021 like for like, quarter to quarter, increase numbers or stay stable remains to be seen,” says the ABC on the release of the figures.

“As publications find their magic mix between print and digital distribution, we might be in for some excitement and, who knows, maybe new ways of engaging consumers altogether,” says the ABC.

Newspapers ABC Q1 2022: Local is lekker but free is king

This quarter Consumer magazines could have been a carbon copy of Q4 2021. With scatterings of good news between a plethora of reporting changes and changed frequencies, the odd changed sector and ceased publication, Q1 2022 showed a marginal decrease of 1.7%, compared to Q4 2021.

The highlights for the quarter are Jewish Life, LIG, and Veeplaas, all of which boast double-figure increases on the previous quarter.

The best-performing magazine group is Male with its only two publications, GQ, and Popular Mechanics - both with double figure increases on the previous quarter.

The Woman’s General group had three - Fair Lady, Glamour and True Love - out of its eight publications show increases on the previous quarter. Rooi Rose and Women & Home Magazine are new members in this group.

In the business and news group Finweek ceased publication.

Generally, in the past, this grouping has performed well, but this quarter was a different story. Following the pattern set by Consumer magazines, B2B has a sprinkling of highlights with many changed frequencies, changed sectors and no issue.

The Architecture titles had two decreases on the previous quarter, two no issues, two no submissions and one resignation. And this could be said of many of the other sectors.

MIMS under Health and Wellbeing had the best showing with a 79.2% increase over the previous quarter.

If the B2B grouping is bleak for Q1 2022 then the Custom magazines group can only be described as depressing. The 15 sectors represent 41 titles in total and of these only 10 titles showed an increase over the previous quarter.

These increases ranged from 0.4% to 26.4%. However, most are below double figures, with many not even above the five per cent mark. Clubx with 10% and Fresh Living with 26.4% were lonely double figures in this grouping.

While free might be king in the newspaper category, this is not true for the Free magazines grouping. There are only nine titles in this grouping, of which four saw an increase over the prior quarter, with the rest either showing no movement or a decline. The upside is that the grouping held steady.


The best of the lot is Get It (Ballito to Umhlanga) by far with the other titles only managing increases under a per cent.

Danette Breitenbach is a marketing & media editor at Bizcommunity.com. Previously she freelanced in the marketing and media sector, including for Bizcommunity. She was editor and publisher of AdVantage, the publication that served the marketing, media and advertising industry in southern Africa. She has worked extensively in print media, mainly B2B. She has a Masters in Financial Journalism from Wits.
Read more: digital magazines, B2B magazines, Audit Bureau of Circulation South Africa 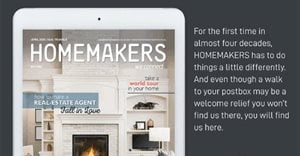 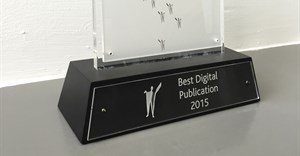 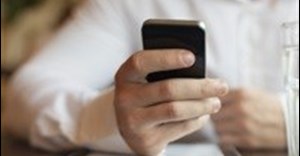