23 Jan 2020 | Email | Print |  PDF
By: Eunice Anyango Owino
Kenya experienced above-average rainfall since October 2019, causing landslides and deaths. Some rivers burst their banks and dams overflowed for the first time in years.
The rains have subsided but the danger isn’t over. There is a likelihood of outbreaks of various mosquito-borne diseases such as Rift Valley fever, malaria, dengue and chikungunya fever. Prolonged rains increase the amount of stagnant water in the environment – in which mosquitoes breed.

The meteorological department attributed the heavy rains experienced in most parts of the country to unusual sea surface temperatures in the Indian, Atlantic and Pacific Oceans. Rains like these were previously associated with outbreaks of Rift Valley fever more than any other disease.

Knowing how mosquito-borne diseases are transmitted to animals and humans can help countries to prevent and cope with outbreaks.

Cases of the disease were first reported in the Rift Valley province of Kenya in 1930. It is caused by a virus that infects both livestock and humans. Outbreaks are usually associated with unusually heavy rainfall, extensive flooding of low-lying grassland depressions called dambos and mass emergence of Aedes mosquitoes. The mosquitoes deposit their eggs in soil. The eggs can remain viable for years even in dry conditions and hatch after heavy persistent rains. Emerging infected adult female mosquitoes transmit the virus to nearby animals, including sheep, goats, cattle and camels. These in turn infect more mosquitoes. Another group of insects, mainly from the Culex, Anopheles and Mansonia species, may then take over the breeding sites and pass the virus to more animals and humans.

Rift Valley fever causes livestock to abort or die at birth. In humans it causes flu-like illness – and sometimes encephalitis, retinitis and generalised hemorrhagic syndrome. Mosquitoes can transmit Rift Valley fever to humans through bites. But studies suggest that severe human infections are a result of direct or indirect contact with blood, secretions or tissue of infected animals.

During the 2006-2007 outbreak, Kenya suffered losses of $32 million from animal deaths, vaccination costs and impact on trade. More than 150 people died and over 700 were hospitalised. This put a strain on the already overstretched public health resources. The 1997–1998 outbreak in East Africa (Kenya, Somalia, and Tanzania) affected over 100,000 people and caused 170 deaths in Kenya. Outbreaks have also been reported in other African and Middle Eastern countries.

In 2006, satellite measurements of global and regional sea surface temperature, elevated rainfall data and the difference in vegetation index data were used to predict the outbreak three months before cases were confirmed. Such early warning systems should enable authorities to take action to avert epidemics.

Other measures include controlling mosquito larvae at breeding sites.

Animals can be immunised. Rift Valley fever infection is usually reported in livestock before humans as animals mainly get infected by mosquito bites while humans get the virus mainly from infected animals. It would help to have an active surveillance system to detect new cases in animals. Livestock movement should be restricted in an outbreak.

Public health education should focus on reducing the risk of transmission from animals to people. This is done by practising hand hygiene and wearing gloves and other protective equipment when handling sick animals. It’s not safe to consume fresh blood, raw milk or animal tissue – these products should be thoroughly cooked first. It’s also advisable to use mosquito nets and insect repellent.

Healthcare workers should be careful when handling patients and their specimens even if a case of Rift Valley fever is not yet confirmed.

Malaria is a risk to 70% of Kenya’s 47.5 million people, especially communities around Lake Victoria and off the coast. In Kenya, it’s mainly caused by the protozoan Plasmodium falciparum transmitted by the Anopheles species mosquitoes, which breed in swamps that develop during the rainy seasons. But during prolonged rains even areas at higher altitudes are at risk. Malaria outbreaks can be more severe in highlands because people have not developed immunity against the disease, or aren’t familiar with the symptoms and may go to hospital too late.

To avoid malaria, people need to use mosquito nets and insecticides. Local hospitals should be sure to have stocks of anti-malarial drugs and supplementary food for children under five, who are the most severely affected.

Kenya is one of several countries around the world experiencing unprecedented outbreaks of chikungunya and dengue fever viruses transmitted to humans by the Aedes species mosquitoes. The diseases are mainly characterised by fever and severe joint pain.

Regions at highest risks are the coastline, especially the city of Mombasa and the north eastern regions that have reported recurrent outbreaks in recent years.

These two viruses have no vaccines or treatment. The only way to prevent and control an outbreak is by controlling mosquitoes.

Recent research on the Aedes aegypti has shown that it often breeds in garbage (like abandoned car tyres, plastic containers and tins), water containers and shaded areas. Now is a good time to spray indoors against these mosquitoes and to get rid of garbage that provides breeding sites. People can also drain stagnant water, clear bushes and empty water storage tanks.

As the rains in Kenya subside, it’s important that national and county authorities are well prepared and equipped to prevent illness and deaths that might result from outbreaks of these mosquito borne diseases. 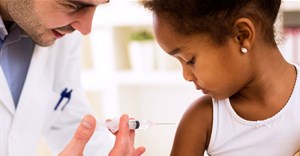 Youth to 'draw the line' against malaria3 Jun 2021 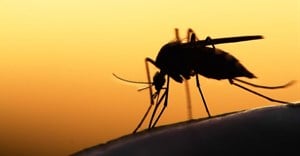 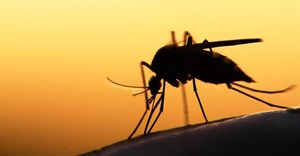 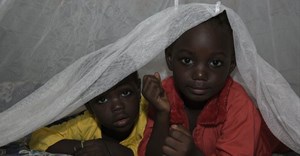 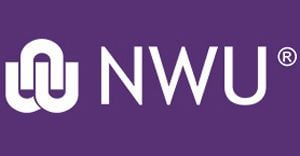