How long has it taken to open? What were the biggest obstacles?

The process of establishment of human milk banking in Kenya started in 2016. It was spearheaded by the NGO PATH, in partnership with APHRC and Kenya’s Ministry of Health, among other partners. It was rolled out in two phases.

During phase one we assessed people’s perceptions and acceptability of using donated human milk. We also looked at how feasible it would be to set a bank up. The results were encouraging. About 90% of participants were positive about it, 80% would donate their breast milk, and about 60% indicated that they would allow their children to be fed with donated human milk.

A committee was also set-up to provide oversight and guidance on human milk bank work in Kenya. They were sent to South Africa to learn more about the human milk banking process. Finally, local strategies were developed.

We are now in phase two of the project: the establishment of a pilot human milk bank in Pumwani Maternity Hospital. This includes the launch of a research project which examines its feasibility, effectiveness, acceptability and aims to estimate the cost of establishing an actual human milk bank in Kenya.

There have been challenges. Being a new concept, there have been some logistical challenges, for instance some of the equipment wasn’t locally available so it took longer to get it all done and installed.

There have also been concerns by some community members and health workers over the safety and quality of the donor human milk.

However, we’ve had support from the government which has been critical in addressing the logistical challenges. Advocacy and communication activities are also being rolled out to create awareness on human milk banking and address any concerns.

What is a milk bank and how does it work?

An effective system has many operational processes to ensure it provides safe, high quality donor milk. They start with screening and recruiting donors who must be healthy mothers with surplus milk beyond the needs of their own child’s. Donors must undergo health checks including tests that screen for HIV, syphilis, and hepatitis B and C. Diseases could be passed to children through breastmilk.

Donors must then express milk in hygienic conditions, after which the milk is pasteurised. This involves heating the milk in a water bath at 62.5°c for 30 minutes followed by rapid cooling.

At the bank, the milk is frozen and stored at -20c. When needed, it’s thawed to room temperature and issued to children who don’t have access to their own mothers’ milk. A prescription by a qualified health professional is needed for this.

Why are they needed?

Although breastfeeding is the most natural and best way to feed infants, many babies may lack access to their mother’s milk. This could’ve happened for many reasons – maybe the mother is sick, hasn’t got enough breast milk or is dead.

From our formative research, 44% of newborns in urban health facilities were separated from their mothers for varying periods of time. This ranged from less than an hour to more than six hours and even days after birth. Of these infants, only 14% were fed on mother’s own milk during separation. 36% of the newborns weren’t fed on anything during this period and an additional 23% were fed on formula or cow’s milk.

When breastfeeding is not an option, the World Health Organisation (WHO) recommends donated human milk as a lifesaving alternative. Particularly for babies that were born early, have low birth weight, are orphaned, malnourished or are severely ill.

Read more:Why Kenya needs to adopt 'milk banks' to reduce infant deaths
Evidence paints a very strong picture in favour of donated human milk over infant formula. It’s more effective in reducing the risk of disease and infections – like inflammatory bowel disease, leukemia and respiratory tract infections – in newborn babies and is better tolerated by babies that are born prematurely.

In the US and Brazil, the use of donated human milk was reported to reduce the length of hospital stay for sick infants and save on the cost of health care.

Given the benefits of using donated human milk over infant formula, the WHO has called for the global scale-up of human milk banks. These are expected to increase access to safe donor human milk.

Is this the first of many?

Although WHO recommends that the milk banks be set up, Kenya is just the second, after South Africa, to establish a human milk bank in sub-Saharan Africa – even though it is a pilot.

We hope that human milk banking will be scaled up in Kenya and the rest of sub-Saharan Africa, using the evidence we generate from our research.

Milka Wanjohi, Taddese Zerfu, Esther Anono and Eva Kamande from the African Population and Health Research Center contributed to the writing of this article. 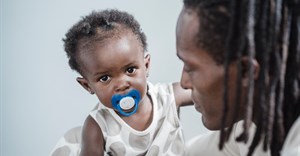 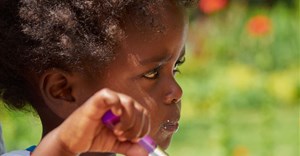 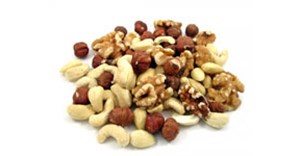