17 Sep 2008 | Email | Print |  PDF
Online and mobile marketing agency Shake Interactive and The Jupiter Drawing Room Johannesburg recently worked with Sasol to boost the fuel company's sponsorship of the South African Paralympic and national rugby teams via an integrated digital campaign. Sasol had set the duo the challenge of maximising its sponsorship by extending brand exposure from the sports field and TV coverage to other media. [video]
Teaming up with the Jupiter Drawing Room Johannesburg, Shake provided Sasol with an integrated branding campaign using print, TV, the web and mobile. Shake conceptualised, designed, built and promoted the online component of the current “Welcome to Amazing” campaign (www.welcometoamazing.com).

The campaign features a basketball game between the SA rugby team - the World Cup champions - and the SA wheelchair basketball team, competing in the Beijing 2008 Paralympic Games, 6 - 17 September 2008. The campaign kicked off with four teaser ads on TV, radio and print the week prior to the start of the 2008 Beijing Paralympic Games, followed by 60 and 40-second TV commercials showing the “Chairs vs Champs” clash which started flighting during the opening ceremony on September 6th 2008 and flighted for the full duration of the Games.

Says Bronwyn Watt, Sasol group brand manager, “As a company with enormous national pride, committed to sport and disabled sport and with our admiration for athletes competing on the global stage, we encourage fellow South Africans to be amazed by their athletic brilliance, humbled by their courage and to be inspired to support the team. Paralympic athletes see their disability as secondary to their quest for athletic excellence and they want the world to see them as they see themselves.

“Working closely with Jupiter (Jhb), SA Rugby, Wheelchair Basketball South Africa and SASCOC we have produced a campaign that gives us heroes and role models and inspires us to achieve our own greatness. It aligns perfectly with our brand positioning of reaching new frontiers.”

Viewers are directed to visit the “Welcome to Amazing” web site where they can interact with the campaign and the teams. The adverts, behind-the-scenes videos, interviews and bloopers are all available to view. Supporters can comment on the videos, leave messages of support for the Paralympic teams and follow news from the games. Visitors can also text messages to the team on 31502. A medal tally page reflects how many medals South Africa has won and a biography page features information on all the sportsmen and women competing in this year's games.

www.welcometoamazing.com was launched first internally to 25 000 Sasol employees, and then made public on 1 September 2008. 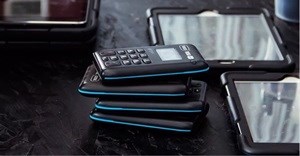 Yoco encourages entrepreneurs to #JustStart21 May 2019 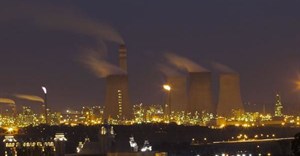 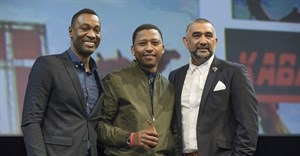 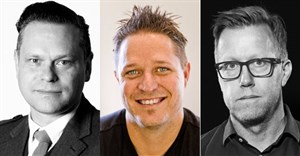