23 Oct 2019 | Email | Print |  PDF
By: Nuria Ferrer Ramos
Industry is growing along Kenya's coast, and some of these companies - such as mining and agricultural companies - are water intensive. To meet their demand, most industries are turning to groundwater.
Groundwater is a natural resource that exists beneath the earth’s surface in soil pore spaces and in the fractures of rock formations. It can be stored in, or move through, aquifers: a body of permeable rock – like gravel or sand.

Groundwater has many intrinsic advantages: it can be developed quickly (and at a relatively low cost), it’s easy to find, it’s drought resilient and can meet water needs on demand. This has made it a crucial component in rural water supply, and for industry.

The problem is, even though Kenya has policies, laws, and institutions that are specifically dedicated to managing groundwater, in practice, groundwater is treated as a common pool resource, belonging to whoever owns the land overlying the aquifer. The majority of water users ignore the potential long-term consequences of unregulated use.

This is what’s happening in Kwale county, on the southern coast of Kenya. Over half a billion US dollars in capital investment has been made in two water-reliant industries in Kwale: heavy sands mining and commercial sugarcane. In addition to this Kwale also hosts significant tourism.

Because aquifers in Kenya are not always properly managed, my colleagues and I wanted to know how increased abstraction of groundwater by industries could affect local communities that use groundwater as their main water supply.

We found that, at the moment, the new industries are not affecting the water supply for local communities. What is affecting the community wells are long drought periods, such as the last drought which lasted from 2016 to early 2017. The consequences of dry wells are that people have to walk further to get water, and water becomes more expensive to buy.

For industry, understanding investor risk and liability for groundwater sustainability would seem prudent, if not a legal obligation, before major abstraction starts.

Our research shows that groundwater resources can be significant and resilient to unpredictable but recurrent drought events, if understood and managed properly.

The communities rely heavily on shallow groundwater, which they get from wells or by using a handpump in a borehole, because they don’t have piped water, and water from the two main rivers in the area is not considered safe to drink. Also, in the 1980s, the Swedish International Development Agency installed hundreds of handpumps at boreholes in Kwale county.

Industries now also rely on groundwater. But they use new boreholes, equipped with electrical pumps, that reach the deep aquifer. These have higher abstraction rates than traditional dug wells or shallow boreholes equipped with handpumps.

When investigating whether these users are using the groundwater sustainably, it’s important to point out that sustainability is variable through time. Not all water users exploit the same aquifer layers.

At present, the main industries in the area exploit the deep aquifer because it’s more resilient to drought. So the industries aren’t affecting the shallow community wells.

However, this could change. If droughts become more frequent, or last longer, there will be less groundwater stored.

It’s important to highlight the data challenges we faced, and how we reached our findings.

We tried to define the groundwater abstraction of all the main users, but couldn’t. As in many other countries, abstraction data for wells and boreholes is difficult to get.

So we needed to come up with a new methodology to estimate how much abstraction was happening in areas with uncertain or no data.

Collaboration between stakeholders during this study was essential.

Most of the time, water-reliant users such as the industries collect specific hydrogeological information, like aquifer storage or how much they pump, because they’re trying to use the water efficiently.

We also identified hotels, noted the number of their rooms and interviewed hotel managers to estimate tourism abstraction along the coast using easy tools like Google Earth and TripAdvisor.

Alongside this, it was important to develop a monitoring network, covering the whole aquifer area. We used well measurements to get an idea of the aquifer system, its volume and dynamics, and assess the sustainability of abstraction.

While this data pointed to a scenario where industry was having a minimal impact, things could change.

Enterprises and government may find environmental sustainability of secondary importance to advancing economic production, creating local jobs and new sources of taxation. Government leadership is needed to manage the aquifer as a system for all, including environmental services, rather than for the powerful few. Conference to highlight critical role of groundwater in SADC12 Sep 2018 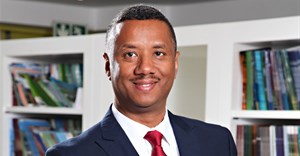 From economic and water poverty to prosperity11 Sep 2018 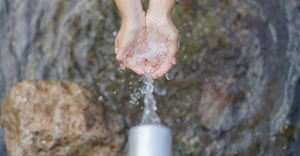 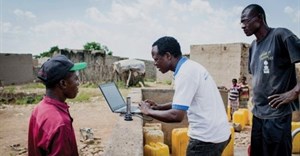 The internet of everything water28 Jun 2017