The pain of being a printer in Kenya

24 Feb 2012 | Email | Print |  PDF
By: Carole Kimutai: @CaroleKimutai
Anyone reading the Kenyan dailies would think the country will be holding an election in the next few weeks. Although a date for an election has not been fixed, political campaigns are already in top gear as people jostle for the increased political seats created by the new constitution. One of the main beneficiaries on an election are usually the printers. Unlike previous years where they would expect to be laughing all the way to the bank, this year, they could be crying as they run away from banks - literally.

The biggest headache causing many entrepreneurs and company executives sleepless nights are the high interest rates have reached a high of 28% making the cost of borrowing impossible and yes, excruciating. Many businesses that rely on bank overdrafts or borrow to finance their operations now have to seek alternative sources of financing.

The last few years have seen a growth in Kenya's printing industry because of the demand for school books fuelled by the free primary education that was started in 2002. The book printing business has seen a growth in the number of printers who handle book runs and other academic material. The fate of these printers could be hanging in the balance due to the cost of borrowing.

Players in the industry have come up with strategies to stay in business and avoid going to borrow. Already suppliers of paper, ink, and other printing related items have enforced a cash-on-delivery policy that is making it difficult to operate.

"If you are a low margin, high financing business you have to look at it again and see how to shrink your balance sheet and manage it better," notes Aly Khan Satchu, a financial analyst based in Kenya. For business paying 28%, it means they have to make 48-50%.

This pressure has been transferred to publishers who now have to pay a deposit before their publications are printed and pay the balance on delivery or after 30 days. The ripple effect will be a renegotiation of credit terms with advertisers who enjoy 60-90 day credit periods with publishers.

"We cannot continue financing other peoples businesses in the current business environment. Someone has to bear the cost," says one printer who has been forced to increase the cost of printing.

Other printers have resulted to punitive measures like charging clients the bank charges should they default or delay to pay within the agreed credit period. Indeed the cost of money in Kenya has become too expensive. In the long-term this is likely to have a great impact on the printing industry that is highly capital intensive.

The other challenge is the high cost of production that is likely to force a lot of printing companies out of business. The cost of power alone has almost doubled in the last year. According to Kul Bushan, chairman of Colourprint Limited, a printing firm in Kenya, his electricity bill has gone up from KSh 500 000 to almost KSh one million. His printing press is located in Nairobi's industrial hub and every weekend they have no power connection as the Kenya Power Company is expanding electric lines in the area. Bushan was forced to operate using a generator.

"We don't work on weekends because it is too expensive for us. Apart from the extra charges if diesel to run our generator, we have to pay our staff over time and cater for their transport costs which has increased considerably," he says.

Power is a major driving cost not only for manufacturers in Kenya but also in other parts of East Africa.

Most of the paper used in Kenya is mainly imported despite the fact the Kenya has a paper factory - Pan Paper - that has been run down. To tame inflation in Kenya, the Central Bank increased bank interest rates.

According to Satchu, Kenya's problem is that it imports more than it exports. It gets more complicated for printers who have to import paper whose prices have steadily risen in the last few years. The Port of Mombasa, with its delays in offloading and clearing cargo, means the importer bears the cost of the delay. To get the paper to the printing press means a fuel bill - another cost.

While some publishers have explored offshore printing in countries like Dubai, India and South Africa, the precarious nature of dollar the makes it impossible to predict patterns. If a publisher has to pay a printer in dollars as the debtors pay in Kenya Shillings, the cost of converting the dollar will certainly eat into profit margins.

This has meant an increase in cost of printing as the price of printing inputs goes up but to stay in business printers have to charge competitive rates. Despite being an election year, for Kenyan printers, it will be about staying afloat and away from the banks.

Carole Kimutai is a writer and editor based in Nairobi, Kenya. She is currently an MA student in New Media at the University of Leicester, UK. Follow her on Twitter at @CaroleKimutai. 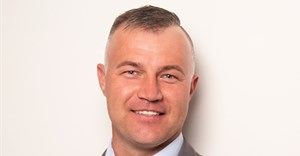 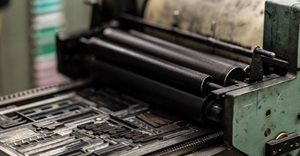 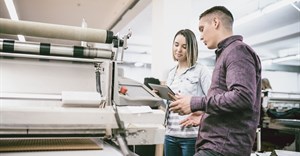 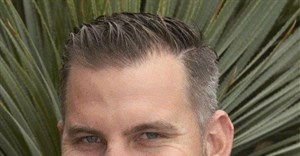